I suppose most of you have heard of Zen. But before going on to explain any details about it I want to make one thing absolutely clear. I am not a Zen Buddhist. I am not advocating Zen Buddhism. I’m not trying to convert anyone to it. I have nothing to sell. I am an entertainer.

Zen is a form of Buddhism. It originated in China about 500 A.D. and about twelve hundred A.D. it migrated to Japan where it exists today. And it is a form. It’s a way of life that has had an immense influence on the arts, and on the culture, the poetry and architecture of the Far East.

The object of Buddhist discipline or methods of psychological training is as it were, to turn that feeling inside out. To bring about a state of affairs in which the individual feels himself to be everything that there is. The whole cosmos. 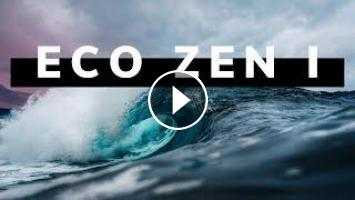 Introduction to Zen - Eco Zen - I I suppose most of you have heard of Zen. But before going on to explain any details about it I want to make one thin...