*Note - Unsure why the reader says 29.5 days when the text reads 28.5 days multiple times. He may be reading from a different rendering of the text.

The pineal gland, a small endocrine gland located in the brain, has been referred to as the "third eye" in various spiritual and metaphysical traditions for centuries. This term is often used metaphorically to describe the pineal gland as a spiritual or psychic centre, believed to be the source of enlightenment and a connection to higher states of consciousness.

The pineal gland is a small endocrine gland that produces the hormone melatonin, which helps regulate the body's sleep-wake cycle. It also produces and releases small amounts of other hormones and neurotransmitters, such as serotonin and dopamine, which have a number of important functions in the body.

In some spiritual and metaphysical traditions, the pineal gland is believed to be a "bridge" between the physical and spiritual worlds, and is often associated with psychic abilities, intuition, and spiritual enlightenment. However, these beliefs are not supported by scientific evidence and should be approached with caution.

Cerebrospinal fluid (CSF) is a clear, watery liquid that surrounds and cushions the brain and spinal cord. It is produced and maintained by the choroid plexus, a network of small blood vessels found within the brain.

Sacred Secretion Oil is a term used to describe an endogenous essence produced in the human body, influenced by shifts in the magnetic lunar energies. It is likened to DMT, but with more resonance to a person’s unique frequency as it is produced endogenously.

It is also known as Christ Within, Heaven On Earth, Christ Oil, Raisi and other names. The Sacred Secretion is a rich fluid that ascends and descends along the central nervous system, bathing the Pineal Gland and connecting our physical being to the non-physical plane.

The pituitary gland is a small, pea-sized gland located at the base of the brain. It is an important part of the endocrine system, which is the system of glands and hormones that helps regulate many of the body's functions.

The pituitary gland produces several hormones that regulate various functions in the body, including growth, metabolism, and the function of other endocrine glands. It also plays a role in regulating blood pressure, water balance, and body temperature.

The story of Jacob's ladder is found in the Hebrew Bible, in the book of Genesis. According to the story, Jacob was a patriarch of the Israelites and the grandson of Abraham. One night, while he was on a journey, Jacob had a dream in which he saw a ladder that stretched from earth to heaven. The ladder was guarded by angels, who were ascending and descending on it. At the top of the ladder, Jacob saw God, who spoke to him and made a promise to protect and bless him and his descendants. 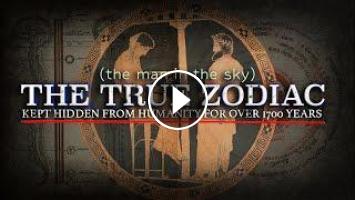