This morning I’m going to talk to you about a particularly virulent and dangerous form of divine madness which is called falling in love. Which is, from a practical point of view, one of the most insane things you can do, or that can happen to you. Because in the eyes of a given woman or a given man, an opposite who go to the eyes of everybody else a perfectly plain and ordinary person can appear to be God or Goddess incarnate, to be such a and enchantment that one can say in the words of an old song which probably dates me every little breeze seems to whisper Louise.

Because in those earlier times, in agrarian cultures, nobody ever chose their marriage partner. There are certain exceptions to this that in ancient Greece. You would occasionally find a woman who is called a parthenos, which has been mistranslated Virgin. The correct meaning of parthenos is a woman who chooses her own husband. And there were very few of them and in that passage in the Gospel and the Book of the prophet Isaiah where it says “Behold a virgin shall conceive and bear a son and his name should be called Emmanuel.”

Falling in love is a thing that strikes like lightning and is therefore extremely analogous to the mystical vision. We don’t know. No how really people attain the mystical vision. There is not as yet a very clear rationale as to how it happens because we do know that it is opened to many people who never did anything to look for it. And many people especially in adolescence have had the mystical vision all of a sudden without the slightest warning and with no previous interest in that kind of thing.

The moment you enter into any kind of human undertaking in relationship what an act of faith you see you’ve given yourself up. But this is the most powerful thing that can be done surrender see and love is an act of surrender to another person. Total abandonment. I give myself to you. Take me, do anything like with me. So, that’s quite mad because you see it’s letting things get out of control all sensible people keep things in control. Watch it, watch it, watch it. Security. Vigilance. Watch it police, watch it Gods, watch it , who’s going to watch the Gods? So actually there for all the cost and wisdom what is really sensible is to let go that is to commit oneself to give oneself up and that’s quite mad, so we come to the strange conclusion that in madness lies sanity. 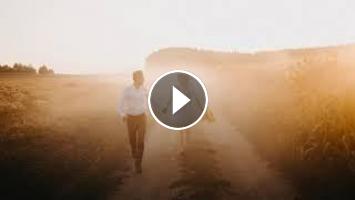 Alan Watts - Divine Madness This morning I’m going to talk to you about a particularly virulent and dangerous form of divine madness which is called f...