Alan Wilson Watts was a British philosopher, writer, and speaker, best known as an interpreter and populariser of Eastern philosophy for a Western audience. Born in Chislehurst, England, he moved to the United States in 1938 and began Zen training in New York. Pursuing a career, he attended Seabury-Western Theological Seminary, where he received a master's degree in theology. Watts became an Episcopal priest in 1945, then left the ministry in 1950 and moved to California, where he joined the faculty of the American Academy of Asian Studies.

Watts gained a large following in the San Francisco Bay Area while working as a volunteer programmer at KPFA, a Pacifica Radio station in Berkeley. Watts wrote more than 25 books and articles on subjects important to Eastern and Western religion, introducing the then-burgeoning youth culture to The Way of Zen (1957), one of the first bestselling books on Buddhism. In Psychotherapy East and West (1961), Watts proposed that Buddhism could be thought of as a form of psychotherapy and not a religion. He considered Nature, Man and Woman (1958) to be, "from a literary point of view—the best book I have ever written." He also explored human consciousness, in the essay "The New Alchemy" (1958), and in the book The Joyous Cosmology (1962).

By his own assessment, Watts was imaginative, headstrong, and talkative. He was sent to boarding schools (which included both academic and religious training of the Muscular Christianity sort) from early years. Of this religious training, he remarked "Throughout my schooling my religious indoctrination was grim and maudlin…"
Watts spent several holidays in France in his teen years, accompanied by Francis Croshaw, a wealthy Epicurean with strong interests in both Buddhism and exotic little-known aspects of European culture. It was not long afterward that Watts felt forced to decide between the Anglican Christianity he had been exposed to and the Buddhism he had read about in various libraries, including Croshaw's. He chose Buddhism, and sought membership in the London Buddhist Lodge, which had been established by Theosophists, and was now run by the barrister Christmas Humphreys. Watts became the organization's secretary at 16 (1931). The young Watts explored several styles of meditation during these years. (6 January 1915 – 16 November 1973) 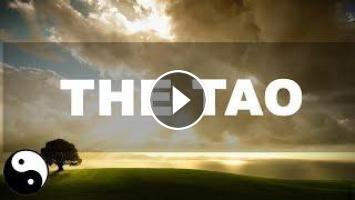 Alan Wilson Watts was a British philosopher, writer, and speaker, best known as an interpreter and populariser of Eastern philosophy for a Western aud...