Re-uploaded (again, just in case), since TED's Chris Anderson censored Rupert Sheldrake, along with Graham Hancock, and removed this video and Hancock's from the TEDx YouTube channel. They dared question the Scientistic Orthodoxy, and for that they have been publicly castigated and defamed. Follow this link for TED's dubious statement on the matter (and the many comments appropriately critical of TED's rationale):
http://blog.ted.com/2013/03/14/open-for-discussion-graham-hancock-and-rupert-sheldrake/

Presumably TED disavows any copyright claim, as they've disavowed association with the videos.

BIO:
Rupert Sheldrake, Ph.D. (born 28 June 1942) is a biologist and author of more than 80 scientific papers and ten books. A former Research Fellow of the Royal Society, he studied natural sciences at Cambridge University, where he was a Scholar of Clare College, took a double first class honours degree and was awarded the University Botany Prize. He then studied philosophy and history of science at Harvard University, where he was a Frank Knox Fellow, before returning to Cambridge, where he took a Ph.D. in biochemistry. He was a Fellow of Clare College, Cambridge, where he was Director of Studies in biochemistry and cell biology. As the Rosenheim Research Fellow of the Royal Society, he carried out research on the development of plants and the ageing of cells in the Department of Biochemistry at Cambridge University.

While at Cambridge, together with Philip Rubery, he discovered the mechanism of polar auxin transport, the process by which the plant hormone auxin is carried from the shoots towards the roots.

From 1968 to 1969, based in the Botany Department of the University of Malaya, Kuala Lumpur, he studied rain forest plants. From 1974 to 1985 he was Principal Plant Physiologist and Consultant Physiologist at the International Crops Research Institute for the Semi-Arid Tropics (ICRISAT) in Hyderabad, India, where he helped develop new cropping systems now widely used by farmers. While in India, he also lived for a year and a half at the ashram of Fr Bede Griffiths in Tamil Nadu, where he wrote his first book, A New Science of Life.

From 2005-2010 he was the Director of the Perrott-Warrick Project funded from Trinity College,Cambridge. He is a Fellow of Schumacher College , in Dartington, Devon, a Fellow of the Institute of Noetic Sciences near San Francisco, and a Visiting Professor at the Graduate Institute in Connecticut.

He lives in London with his wife Jill Purce and two sons.

He has appeared in many TV programs in Britain and overseas, and was one of the participants (along with Stephen Jay Gould, Daniel Dennett, Oliver Sacks, Freeman Dyson and Stephen Toulmin) in a TV series called A Glorious Accident, shown on PBS channels throughout the US. He has often taken part in BBC and other radio programmes. He has written for newspapers such as the Guardian, where he had a regular monthly column, The Times, Sunday Telegraph, Daily Mirror, Daily Mail, Sunday Times, Times Educational Supplement, Times Higher Education Supplement and Times Literary Supplement, and has contributed to a variety of magazines, including New Scientist, Resurgence, the Ecologist and the Spectator. 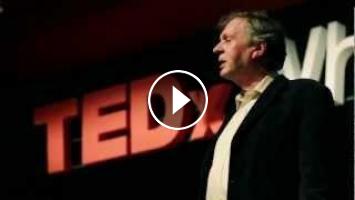 Re-uploaded (again, just in case), since TED's Chris Anderson censored Rupert Sheldrake, along with Graham Hancock, and removed this video and Hancock...