admin
I tried adding some video clips at the start of the video, lemme know how they look and feel and Should I use such video clips for future uploads or do you like the old pattern only?

Well now, in the first talk I was explaining that the theme of this seminar was the problem of how thoughts protect us from truth and what to do about it, and showing various ways in which the symbolizing process—which we call thinking; the use of signs, words, symbols, numbers to represent what’s going on in the external world or the world of nature—leads us into a curious confusion that we confuse the symbolic process with the actual world. And the temptation to do this arises from the extraordinary relative success that we have had in controlling the world of nature with the power of thought.

Human beings are largely engaged in wasting enormous amounts of psychic energy in attempting to do things that are quite impossible. You know—as the proverb says—you can’t lift yourself up by your own bootstraps. But recently, I’ve heard a lot of references in just general reading and listening where people say, “We’ve got to lift ourselves up by our own bootstraps!” And you can’t! And you can struggle, and tug, and pull until you’re blue in the face, and nothing happens except that you’ve exhausted yourself. All sensible people therefore begin in life with two fundamental presuppositions: you are not going to improve the world, and you are not going to improve yourself.

You are just what you are. And once you have accepted that situation, you have an enormous amount of energy available to do things that can be done. And everybody else, looking at you from an external point of view, will say, “My God, how much so-and-so has improved!” But I know—I mean, hundreds of my friends are at work on enterprises to improve themselves—by one religion or another, one therapy or another, this system, that system—and I’m desperately trying to free people from this. And I suppose that makes me a messiah of some kind.

I once had a terrible argument with Margaret Mead. She was holding forth one evening on the absolute horror of the atomic bomb and how everybody should immediately spring into action and abolish it. But she was getting so furious about it that I said to her, “You know, you scare me. Because I think you’re the kind of person who will push the button in order to get rid of the other people who were going to push it first.” And she told me that I had no love for my future generations, no responsibility for my children, and I was a phony swami who believed in retreating from facts. But I maintain my position. Robert Oppenheimer, a little while before he died, said that it’s perfectly obvious that the whole world is going to hell. The only possible chance that it might not is that we do not attempt to prevent it from doing so.

The mystical experience is nothing other than becoming aware of your true physical relationship to the universe. And you’re amazed—thunderstruck—by the feeling that, underneath everything that goes on in this world, the fundamental thing is a state of unbelievable bliss. Well, why not? Why else would there be anything happening? 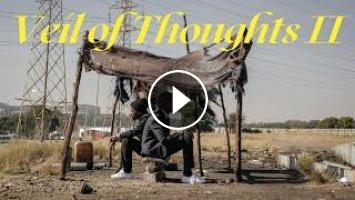 I tried adding some video clips at the start of the video, lemme know how they look and feel and Should I use such video clips for future uploads or d...