Alan Wilson Watts on The Silence Practise called Mauna, Indian Hindu spirituality and talks about Yoga. Alan was a British philosopher, writer and speaker, who held both a Master's in Theology and a Doctorate of Divinity.

He was well known for his research on comparative religion, he was best known as an interpreter and popularizer of Asian philosophies for a Western audience. He wrote over 25 books and numerous articles on subjects such as personal identity, the true nature of reality, higher consciousness, the meaning of life, concepts and images of God and the non-material pursuit of happiness. In his books he relates his experience to scientific knowledge and to the teachings of Eastern and Western religion and philosophy. In his lectures he talks about Zen, Buddhism, Hinduism, Pantheism, Christianity, Religious naturalism, Taoism, and Theology, Personal identity, Higher Consciousness, Aesthetics, Cultural criticism, and Public ethics 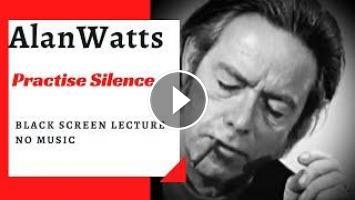