admin
Alan Watts - On Taoism I

Taoism, which is one of the principal forms of Chinese philosophy. As it were, the opposite number of Confucianism. For these two ways of thought lie at the roots of Chinese civilization. Both of them having a kind of common origin in the attitude to life expressed in the Book of Changes, or the I Ching, which maybe as early as about thirteen hundred B.C. Everybody today seems to be reading the I Ching. It’s a very strange book. It is a commentary on sixty four symbols. Which are made up of broken and unbroken line, it’s the unbroken line, like this,and the broken line like this. And this unbroken line is called Yang. Yang. And the broken line is called yin. And if you make a figure in which there are six lines. You can obviously have sixty four variations. And this is ostensibly a method of decision making. When you flip a coin to make a decision you’ve only got two choices heads either heads or tails, but imagine having a sixty four sided card the flip to help you make decisions. Is rather an interesting idea because when we do make decisions we are always eventually reduced the flipping a coin. However well you think it through, you don’t have time enough to think it all the way through. You know that there are always possibilities that you didn’t take into consideration or couldn’t take into consideration, and although you plan and wonder and work out the data, it eventually comes down to the point where you flip a coin because you’ve got to make up your mind. 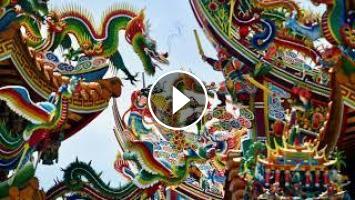 Alan Watts - On Taoism I Taoism, which is one of the principal forms of Chinese philosophy. As it were, the opposite number of Confucianism. For these...