Many of the problems that are now being discussed by modern logicians are unbeknownst to them already in the ancient Indian books. Problems of semantics, problems of meaning, problems of the nature of time and of memory. All these were discussed with very very meticulous, scholarly sophistication. So that it is my opinion that this was a very very fertile period of human history. And that the philosophy in which it eventually emerged, the philosophy of Mahayana Buddhism is as yet the most mature and really intelligent theory of human life and of the cosmos that man has ever devised.

Now in the course of time, the term Bodhisattva underwent a transformation. A bodhisattva matures and becomes a Buddha. And what does that mean popularly?

Nirvana, in the sense of the word Pari-Nirvana means beyond Nirvana, super Nirvana. So that, if you are fed up with this thing and you don’t want to play the game of hide and seek anymore you can go in the Pari-Nirvana and be in total serenity. 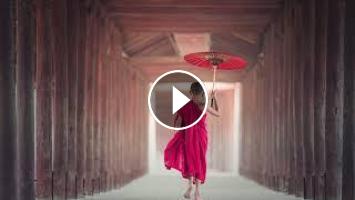 Introduction to Buddhism - II Many of the problems that are now being discussed by modern logicians are unbeknownst to them already in the ancient Ind...